The largest fancy diamond in the world

Today, from Ramon Jewellers, we want to share with all of you a very surprising piece of news: what is considered to be the largest fancy diamond in the world has been officially certified. A spectacular precious stone recently cut with an exact weight of 54.21 carats.

Introducing the largest fancy diamond in the world 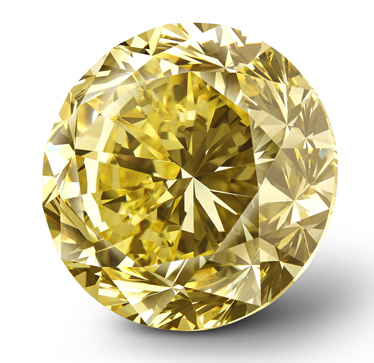 A yellow diamond that has been certified by the Gemmological Institute of America (more commonly known as the GIA) was unearthed in a fluvial deposit in South Africa. An area in which, historically, some of the largest yellow diamonds ever discovered have been produced. Diamonds with a spectacular intensity of colour that have been highly admired by collectors and gem enthusiasts.

The work of cutting and polishing the gem have taken more than six months of labour. A job of miniscule details that has resulted in this yellow diamond of 54 carats of splendour.

The diamond has been baptized as Mouawad Dragon, since its colour reminds of the magical powers and the eye of fire of a Dragon. Thus, the Mouawad Dragon shows the power, wisdom and good fortune of the mystical serpent.